When you book with an account, you will be able to track your payment status, track the confirmation and you can also rate the tour after you finished the tour.
Sign Up

Or Continue As Guest

When you book with an account, you will be able to track your payment status, track the confirmation and you can also rate the tour after you finished the tour.
Sign Up
201

Do not hesitage to give us a call. We are an expert team and we are happy to talk to you. 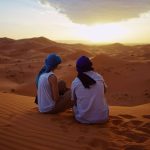 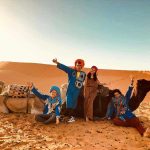 This clever 5-days tour from Marrakech to Essaouira combines both the largest Sahara Desert in Morocco and the coastal town and tourist darling, Essaouira. Furthermore, it is the itinerary followed year after year by a photography group, simply because they love it so much.

You set out from Marrakech for an incredibly scenic drive over the Atlas Mountains and the famous Tiz-n-Tichka pass. You have plenty of stops to admire the changing landscape, to take photos, and for short breaks.

The former palatial residence, Kasbah Telouet, and the UNESCO World Heritage Site, Kasbah Ait ben Haddou are the first visits of the trip. They are showcases of Berber architecture and an insight into Berber adaptation to the climate. Take a walk in the beautiful Ounila Valley between the two Kasbahs with time for a walk and exploration. Once in Ouarzazate, you will spend the night in a beautiful local Riad.

The next mountain range to cross is the Anti-Atlas, and on the other side you explore Kasbah Tamnougalt, the oldest in the valley, with a local guide. Driving along the Dra’a Valley, the longest in Morocco, full of Kasbahs and oases of innumerable palm trees, you are following the ancient road of the Saharan caravans as far as Zagora, the last town before the desert. Shortly after  Zagora, the green pottery co-operatives in Tamgroute and the ancient Qoranic library with its magnificent manuscripts are a fascinating time well spent.

A 60km drive through the Sahara Desert will take you to the highest local dunes at Erg Chegaga. After a welcoming glass of tea at your luxury desert camp, you will take an exciting camel ride to the top of the dunes (300m). Witness the marvellous sunset from here as a perfect backdrop to exotic, romantic photos. Your dinner of nomadic cuisine, dancing to the rhythms of Berber music round a camp fire, and sleeping in your own private and comfortable tent in this luxury desert camp setting are all out of 1001 nights.

The next day, the Sahara offers examples of different features of the desert and you can even hunt for fossils in the dry Iraqi Lake.  Berber rug and carpet workshops display this old traditional craft in Taznakht. In small villages and oases you gain greater insight into local Berber life and culture.  Overnight in a beautiful riad in Taroudant, known as the little Marrakech, where the massive intact ramparts are a splendid sight.

Driving towards the Atlantic, you follow the Souss River and hilly slopes filled with thousands of argan trees, the producers of that costly and precious oil. And at last on the coast in Essaouira, you can explore the medina of Essaouira with its colourful streets and its famous seaport.

Departure from your hotel/riad in Marrakech at 8.30 to drive across the High Atlas Mountains. At panoramic viewpoints, there will be opportunities to stop and take photos. The first scheduled stop is at the Kasbah of Telouet, which served as a palatial residence and the headquarters of the powerful Glaoui tribe, whose wealth came in part from the salt mines just outside the village. Each addition to the building now stands in ruins exposed to the wind and the rain, having been abandoned and plundered after the last Pasha fled the country following the departure of the French in 1956. Wait to be pleasantly surprised by the traditional interior decoration as you reach the farthest end of the Kasbah.

Then the route leads south and if the mine is open, you can enter and see how the pink salt rock is cut out from the walls. We continue down the Ounila Valley with the green fields and gardens running parallel down below and the road full of bends, many surprises at the hues of the rock and soil, past Berber villages and gardens, as well as smaller Kasbahs. Here olives, almonds and fruit trees are the main crops and the mainstay for many families.  This stunning road leads to the Kasbah of Ait Ben Haddou, the oldest and most famous Kasbah in Morocco and one of Morocco’s seven UNESCO World Heritage sites. The architectural style is well preserved and the earthen constructions are perfectly adapted to the climatic conditions and in harmony with the natural and social environment. Probably originating in the 17th century, it is also famous as the backdrop to many Hollywood blockbuster films. A further 30 kilometers later, we stop for the night in a road in Ouarzazate.

After breakfast, we drive over the Tizi-n-Tinfifte pass to the head of the Dra’a Valley at Agdez where we visit to Kasbah Tamnougalte.  Much of it lies in ruins, especially the old Jewish quarter as the inhabitants slowly left after the establishment of the State of Israel. But some parts are still inhabited, which seems hard to believe as it looks so Biblical. Later we continue along a side road to Zagora for lunch. The next bigger town on our way is Tamgroute, where you can visit the famous potteries run by four families and which is well known for their unique green glaze. There is also a Qoranic library with exquisite ancient handwritten Arabic scripts and Qurans. And then, the 4×4 takes us to the Erg Chegaga dunes, travelling some 60 km off-road. This route passes different features of the desert: ‘erg’ (sand dunes) and ‘hammada’ (rocky desert), and the Sacred Oasis to dunes far away from civilization, in the desert proper where the silence and the expanse of sand are overwhelming.

You have dinner and spend the night at a luxury camp with private bathroom, king-sized beds, beautiful Moroccan furnishings and lamps tastefully arranged to enhance your enjoyment of the silence and beauty of the dunes.

After breakfast, we drive another 90 km across the Sahara over the stony desert, “erg” and “hammada” and across the now dried-up Lake Iriqui. In the middle of this lake, we can search for fossils. At the edge of the desert lies Foum Zguid.  The word “foum” means “mouth”, so the name of the town is “the Mouth of the Zguid River. From here the road travels north to Taznakht, famous for its Berber gelims and carpets, where we stop for lunch. After crossing the Tizi-n-Ikhsane and Tizi-n-Tighatine passes, we reach Taliouine, the heart of the saffron growing region. There is a small but interesting saffron museum about the production of saffron, which is well worth a visit. The scent as you enter is delicious. The road takes us on to Taroudant, where we stop for the night in a riad.

In the morning, there is a visit to the town, known as “the little Marrakech”. It is spectacular for its massive ramparts and beautiful medina. From here you travel west as far as Agadir, travelling along the Souss river valley with all its thousands of argane trees which are endemic to Morocco. Argane oil has a high nutritional value, is used cosmetically for the skin and hair, and the leaves and “waste” products of the nuts are valuable animal fodder.  The road then travels up the coast, driving through Taghazout, the surfers’ paradise and through the mountains. On arriving in Essaouira, you can explore the town, the Skala, the medina and all its innumerable shops as well as the seafront with its fresh fish restaurants. The night is spent in Essaouira.

After breakfast you can continue to wander around Essaouira, getting to know it better, perhaps enjoying more of the fresh fish. Return to Marrakech, stopping perhaps at a co-operative of argane oil producers offering higher quality and less expensive oil than that outside Morocco. We pass many Berber villages on the way and reach Marrakech by the end of the afternoon. 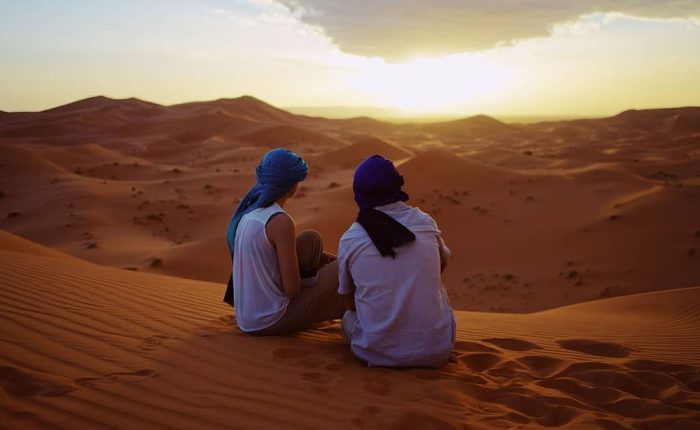 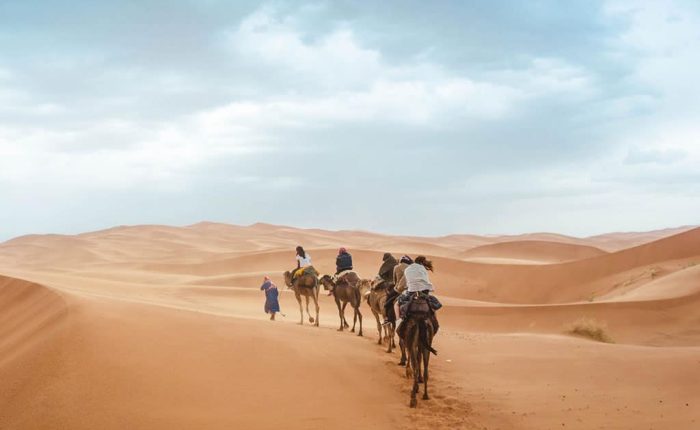